The two congregations, after much discussion, voted to merge in 1963, and become Faith Lutheran Church, a congregation of the Lutheran Church of America. The first services of the newly merged congregation were held in St. John’s Church. A campaign was soon begun to plan and raise funds for the construction of a new church. As part of the union agreement, Pastor Hedberg of Elim and Pastor Juntilla of St. John’s, both agreed that neither would serve the new congregation. Pastor Earnest Ness was called as Faith’s first Pastor. He spearheaded the construction of the present church, located at 1600 Park St., Sault Ste. Marie, Michigan. Services began in the new church in 1964.

Faith Lutheran Church continues to be a vital force in the community, and today we have 328 baptized members.

About the Evangelical Lutheran Church in America:
The ELCA is one of the largest Christian denominations in the United States, with more than 3.7 million members in more than 9,300 congregations across the 50 states and in the Caribbean region. Known as the church of “God’s work. Our hands,” the ELCA emphasizes the saving grace of God through faith in Jesus Christ, unity among Christians and service in the world. The ELCA’s roots are in the writings of the German church reformer, Martin Luther. 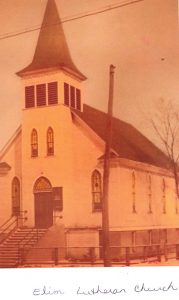 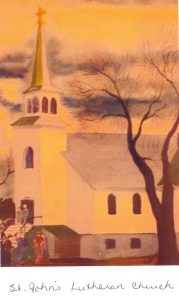 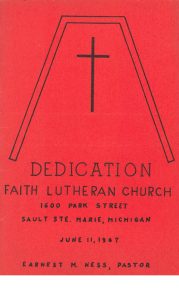 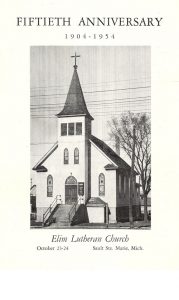 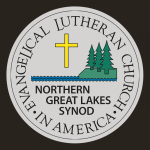